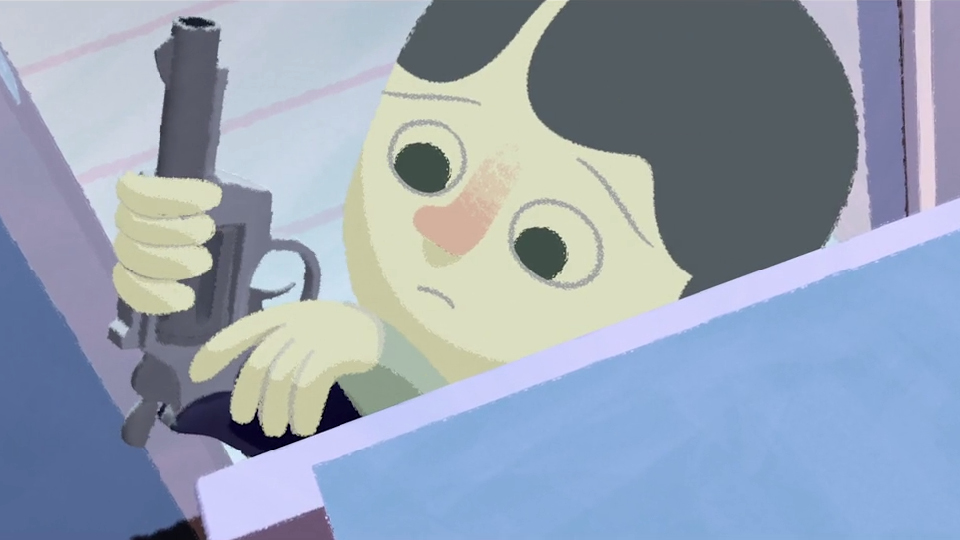 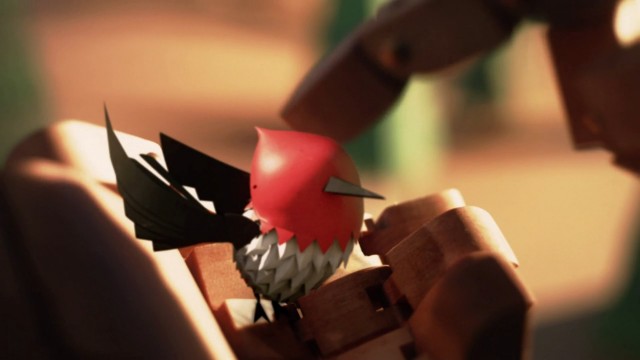 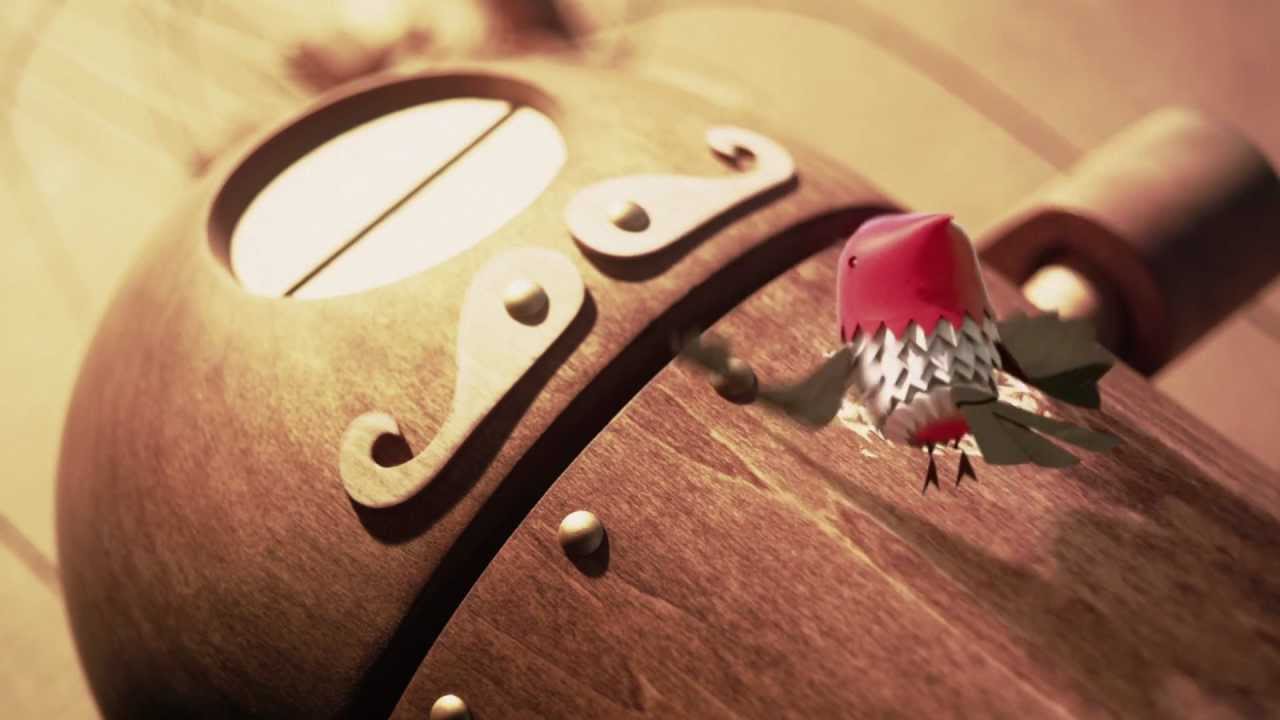 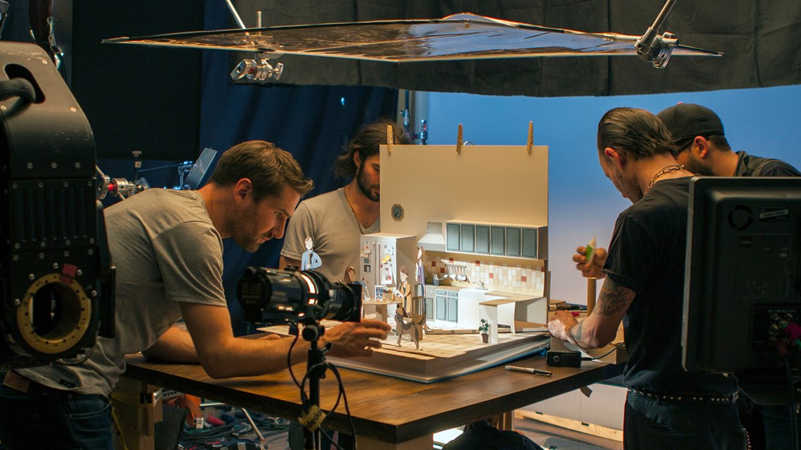 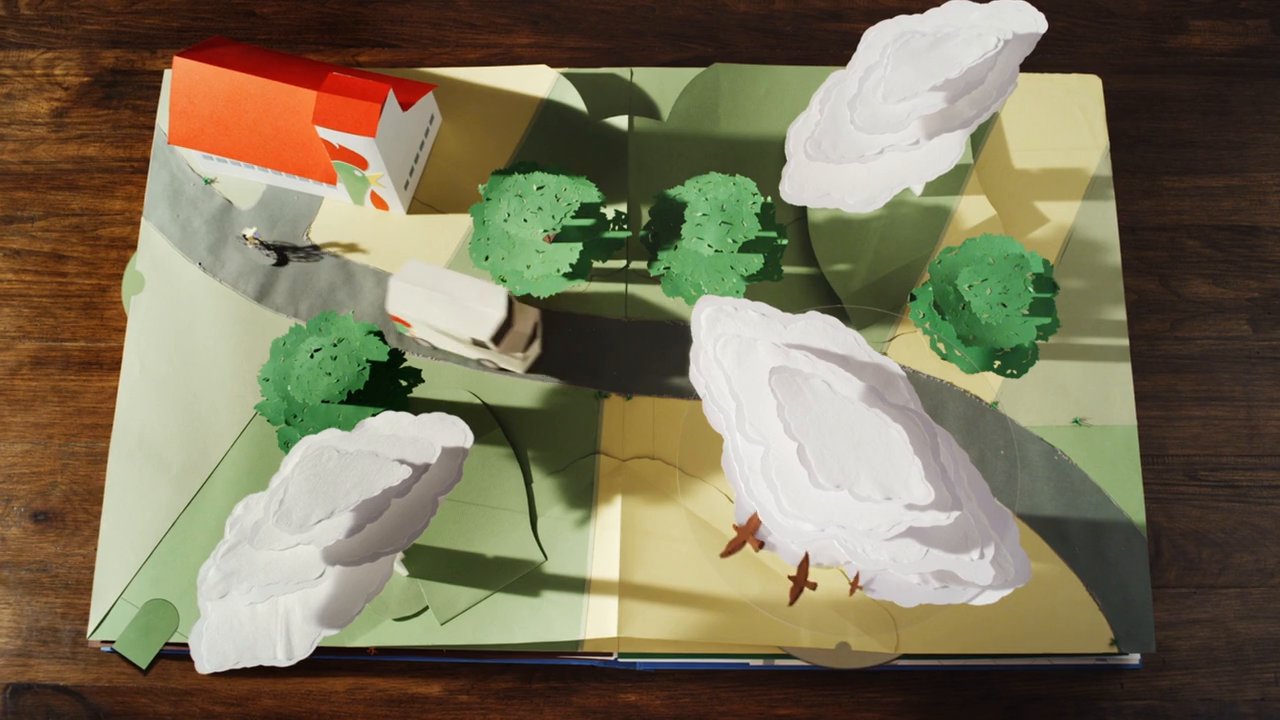 The Art of Storytelling – An Interview with Yves Geleyn

Born and raised in Reading, England, Yves Geleyn left for Paris in his early twenties, where he officially got his start studying graphic design, motion graphics and character development.

Since then, Yves has gone on to direct numerous short films, commercial campaigns and short form content, earning him multiple industry awards and major international recognition.
In 2014 he curated multi national art exhibition Motion Factory, les ficelles du monde animé, a showcase of tactile animation technology and traditional craft method for the famed digital arts and modern music center La Gaîté Lyrique in Paris. His work Monster in the Closet — a PSA he directed for States United To Prevent Gun Violence with Grey NYC — sent a good message about safe gun storage with a powerful story. And Yves’ holiday spot for UK retailer John Lewis, The Bear and The Hare, took the festival circuit by storm when it debuted during Christmas 2014.

In the first of our short series of Pictoplasma interivews, we speak to Hornet Director Yves Geleyn about the art of story telling.

Narrative and storytelling are key components within your animation work – is this something you’re naturally very good at or have these skills developed over time?

I’ve loved storytelling since I can remember. I’m very comfortable and at ease with it, so being able to do that in my work is kind of perfect. Although I suppose I think of myself more as a storyteller than a director. Directing is always a work in progress, but the more time I spend in the industry the more I think my life experiences enrich my skill set and make my directing stronger.

I think of myself more as a storyteller than a director. I’m very comfortable and at ease with it.

Arguably you’re best known for co-directing “The Bear and The Hare”  –  how have things changed for you since you made the film?

Only positive changes came from directing “The Bear and The Hare.” The spot made a big impression in the community and won a bunch of awards, but what it did the most was build my credibility. People started to look closely at my portfolio and at my other work, and in that way, my range of styles and techniques were rediscovered.

John Lewis ‘The Bear & The Hare’ – The Making Of from Blink on Vimeo.

Interestingly your portfolio reveals a diverse skill set – working across 2D and 3D animation styles – what do you enjoy the most about each approach? What is it about stop motion that appeals to you vs. drawn animation?

I like to view animation as a giant toolbox from which you select the techniques appropriate for each project.

For me, the story and characters are the most important. The technique and the craft should always serve the story, so depending on what I want to tell and how I want to tell it, I’ll decide which techniques make the most sense. Sometimes I’ll mix them, sometimes I’ll stick to the more traditional routes, sometime it’s all CG. I don’t think I have a favorite technique, but the craft is something a viewer can feel in all my projects.

Can you tell us about a recent project that you’re particularly proud of and why?

Last year I directed a PSA for States United To Prevent Gun Violence, and earlier this year I made another for the National Society for the Prevention of Cruelty to Children (NSPCC). I think what I liked most about these projects was that I had the freedom to develop the story arc and focus a lot of attention on the art direction and design. It was also a chance to collaborate with some new people, which I always like doing.

Stills from ‘Monster In The Closet’ directed by Yves Geleyn, 2014

It was a chance to collaborate with some new people, which I always like doing.

PSAs are usually low budget, at times no budget, but I like them. I look at them as scripts for short films in a way. Creatively, I can experiment with style a bit and play around with the content while helping promote a good cause.

We really enjoyed your recent collaboration with David Hawcock and Mandy Smith for Kelloggs – can you tell us more about the brief and how you arrived on the concept of a story book?

The concept behind “Story Book” promoted the main brand of Kelloggs, so the idea was to start with their iconic cereal box and tell the story in reverse, tracing back to the seed of grain where it all began.

There’s a lot of full CG ‘pop-up book’ style projects out there. I wanted to make everything happen in camera. The set needed to be a real paper set, animated manually with tabs and slides. I wanted to captured the brand’s message that way. I tapped David Hawcock and Mandy Smith to build the paper ‘book.’ Although production was intense, we had a lot of fun making and shooting the animation. And although the animation was minimal, it felt relatable because it was real, it was physical.

How long did the production for ‘Storybook’ take? Can you reveal any interesting challenges you faced to realise the project?

Between pitching, developing, designing, creating the animatic and then building the book and shooting each sequence, it took about two months. We had to come up with some creative solutions for the paper tab puppets. They were very fragile and had to be handled with care, so for technical reasons, we used metal rods under the paper to support the puppets during animation. 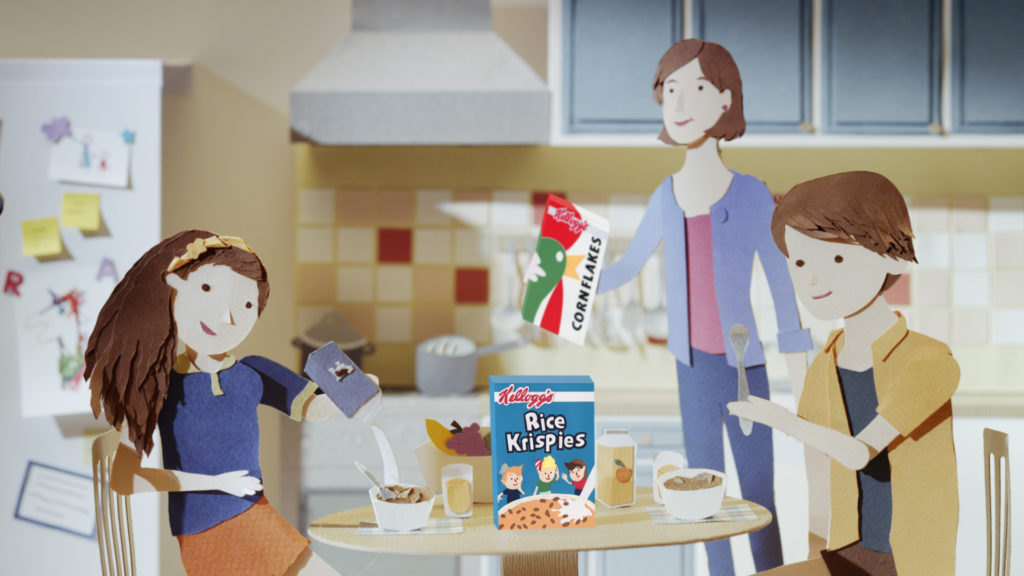 Throughout the conference, speakers have often referenced their personal work as a way to show the world what they can do and showcase the type of work they wish to be known for – what are your thoughts on this? Have your personal projects informed client work?

I feel that my personal work is strong enough to inform others of my capabilities. As artists, we’re always torn between our desire to focus on our personal work and the need to make commercial work for a living, so we compensate by infusing some of our own aesthetic into everything we do. When I’m working for a client, I see myself more like an artisan, providing my skills and creativity for a common goal. I become an artist again when I’m working on my personal projects. Some attempts are more successful than others, but if there wasn’t any value in any of the work, I wouldn’t get any calls back.

As artists, we’re always torn between our desire to focus on our personal work and the need to make commercial work for a living, so we compensate by infusing some of our own aesthetic into everything we do.

At what point did you seek agency representation? How does your working relationship with Hornet support your aspirations?

I never sought out representation, Hornet came to me and asked if I would be interested. Nine years later, they’re still helping me grow and find what I want to do, even if I’m still figuring out exactly what that is. They’ve never stopped supporting me, no matter if I wanted to do a short film, an exhibition project, a sculpture, etc. Finding the balance between commissioned work and personal work is something Hornet does for all their directors, on all sides. It really feels like a big brother who looks after you.

Finally, what’s your view on festivals like Pictoplasma and their role in the industry – do you attend a lot of festivals, and if so how does this on compare? What would you most like to see Pictoplasma do in future?

Pictoplasma is one of my favorite industry festivals — I’ve been going almost every year for the last 11 years. I wish I could go to all of them, but I really like the spirit at Pictoplasma and Annecy best. It’s energizing to gather with all these people from around the world and come together for one week, celebrating character based creativity and design. It’s inspiring! It’s also a very social festival, so in a way it’s like a community or a summer camp and everything feels familiar.

Posted on May 12th, 15 by Lisa Hassell | Twitter: @lisahassell