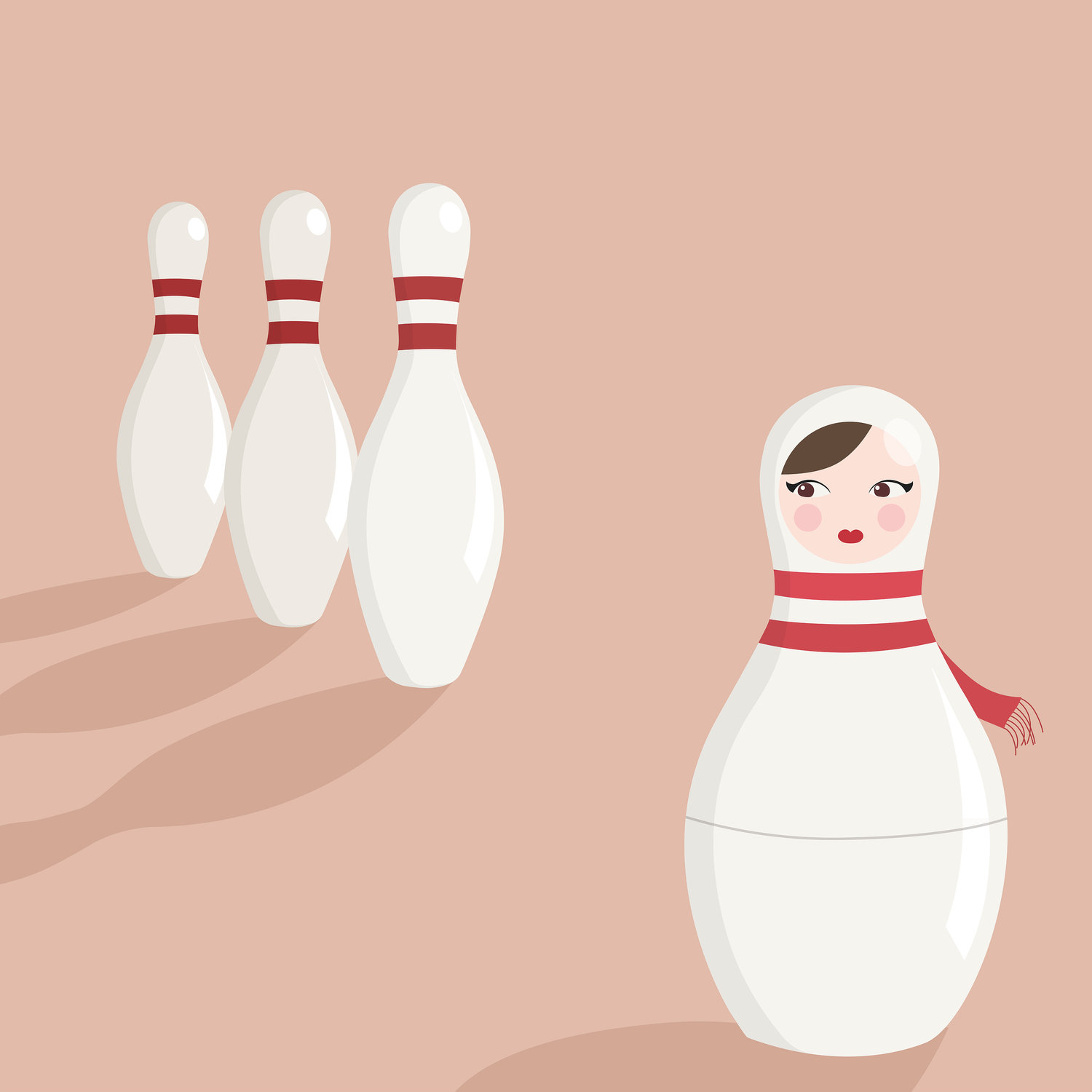 Sardinia based illustrator, animator and art director Carolina Melis graduated at Central Saint Martins in London before starting a career in advertising. In 2005 she was signed to production company Nexus in London where she worked as director until 2013.

During her time at Nexus she directed music videos for artists such as Four Tet, Metronomy and Efterklang; a series of shorts for Animal Planet, as well as commercial projects for Save the Children, BBC, Fendi, Volkswagen, MTV, Sony PSP and Prada.  Carolina also worked on the BBC3 re-brand Threeworld, which won a Brand Identity award at Eurobest 2008 and a commercial for NSPCC, which was nominated for a BTA Craft Award. Other awards include a Clio bronze for the Pashley campaign.

After 10 years in London Carolina moved back to Italy where she now runs her own studio.

How you begin, plan, and end your day?

I love the early hours of the day, and often start work at 5 AM…sometimes earlier than that! I love the feeling of being the only one up, knowing that I won’t receive calls or emails, and if I do I can legitimately ignore them for a couple of hours. This is the most precious and productive time of the day for me; the sky, the air and my thoughts are clean and clear, it’s when I get the best ideas. What  I do for the rest of the day depends on the project I’m working on, but the routine is quite standard. For years I loved the freedom of not having a “9 to 5” job. I rarely work at night, dedicating my evenings to friends and family.

I’m a great fan of wallpapers, tiles, and repeat patterns. Sometimes I design the background before the main figure.

Do you have any rituals or daily routines to help get you into the right mindset?

I listen to the news on the radio as I drink my morning coffee, and that’s about it. I love the Radio… I’m one of those people who call in to comment on discussions.

Can you tell us a little about your background?

I lived in central London for over 10 years; eventually it became almost claustrophobic, I started questioning the purpose of my job and struggled to find inspiration.

I studied at Central Saint Martins, and lived in central London for over 10 years. I felt I was in the middle of this huge creative discourse, part of the most vibrant creative scene. There’s no other place I would preferred to have studied and lived. Later being over-stimulated became almost claustrophobic, I started questioning the purpose of my job, thinking there was already so much around me that I couldn’t see the need to create anything new; I struggled to find inspiration and meaning, and something that hadn’t already been explored by another creative professional. Therefore I decided to leave London, which was definitely the right thing to do. Now I live by sea and spend lots of time outdoors with my son. This new context is really working for me. I feel the work I’m doing now is much more thoughtful.

How do you spend your downtime?

I have a 3 month old son, Iacopo, so at the moment all of my spare time is dedicated to him. However Iacopo is an incredible source of inspiration. When I was pregnant I was preparing a solo exhibition consisting of an installation and a film for the Museo Nivola. At the same time I was reading books on Montessori and Bruno Munari in preparation for the new arrival. As a result I started creating a completely new body of work made of balancing structures, mobiles and sculptural elements link.

A still from the film ‘Dove Cade L’Ombra’, 2017 Part of the solo exhibition at the Nivola Museum Link

When, where, and how do you hustle for work?

This is the most critical part of my job. I’m not a great fan of the social media platforms, which I guess is the most popular and usual means of promoting work these days. However I’m not particularly active on Instagram, Facebook et al, and don’t like the format. I’m feel reluctant to post images randomly, for the sake of posting. I prefer good and meaningful editorials.

If you look after goodness and truth, beauty will take care of itself.

I lived on Lambs Conduit Street in London for five years, and bought a print of a quote from Eric Gill, the week I moved there. “If you look after goodness and truth, beauty will take care of itself.” At first I chose it purely as something decorative to hang on my wall. I liked the simplicity of the black and red type. I never expected it to become my motto in work and life. It’s a beautiful sentence in every sense… the meaning, the ambiguous syntax, and the typography.

Illustration for ‘Erno Laszlo’, 2016. An animated film for this beauty brand

Can you tell us about a significant moment in your career to date?

Working abroad has always proved significant. In particular I remember the time I was invited as visiting professor by the University of Tlaxcala, Mexico. Meeting the students and staff from a different culture was a truly memorable experience. Further to this I had the opportunity to direct commercials in Dubai for ‘Mall of The Emirates’ (link), and in Beijing for ‘Volkswagen’; both possibly the most difficult jobs in my life to date, yet also the most challenging and satisfying.

Talk us through your studio set up…

My team, my books, my studio. Right now we are spending a lot of effort making the studio the perfect environment to work in. Over the years I’ve accumulated quite a significant collection of Art and Design books, and magazines. They’re a precious inspirational treasure. I always recommend young designers to invest in good books and don’t rely only on Google searches.

The place we work in should be a reflection of the work we do.

Fashion is also a big part of my life. I always think about what my characters should wear, how their hair is styled and the design of the environment they are in. You could say my approach to illustration is very close to photography.

‘Flowers on, Flowers off’, 2017 A personal project creating a series of animated GIFs

Where do you live and how does it inspire your practice?

I live in Sardinia. We have very long summers here and so we spend a lot of time out on the coast. I’ve always found marine environments much more inspiring than cities. It could be because of the iodine, maybe the wind, or maybe the slow pace of life.

If you could trade professions for a day, what would you do instead?

I would definitely do something that doesn’t involve creating but facilitating. Teaching for instance would be an extremely rewarding profession.

Illustration for ‘The Ophra Magazine’, (USA) 2017. I’m a regular contributor for a number of magazines. I particularly like the styling of this character.

Do you have any secret passions?

I’ve done ballet since I was 10, and I’m still practicing. I consciously think in choreographic terms when I create an illustration or animation. The characters I design are almost posing for the camera, and in my films I often use repetitions, micro narratives and other devices typical of dance. I never look at other illustrators’ work for inspiration, my passion is rather in dance and fashion. I really like the work of choreographers such as Anne Teresa de Keersmaeke, Alias, Baush and the amazing work of Demna Gvasalia, every aspect of the brand from the collections to the catwalks is incredibly inspiring.